May is here, and as the weather begins to cool the political climate is heating up. The federal election this weekend bookends a busy period on the national political and economic front which began with the Budget on April 2.

Australian financial markets were surprised by an unexpected fall in inflation. The Consumer Price Index, Australia’s main inflation measure, fell from an annual rate of 1.8 percent to a record low of 1.3 percent in the March quarter. This is well below the Reserve Bank’s 2-3% target and leaves the door open to a cut in official interest rates to stimulate economic growth. The cash rate has been unchanged at a record low of 1.5 percent since August 2016. Australia’s 10-year bond rate is at 10-year lows of 1.78 percent, indicating the market expects slower economic growth.

The Australian dollar fell half a cent on the inflation news and speculation about a rate cut, finishing the month at around 70.5 US cents. But Australian shares jumped to an 11-year high in line with Wall Street where shares hit a record high in response to better-than-expected company profit reports. The news from China was also positive, with economic growth steady at 6.4 percent in the year to March.

The good news is that inflation is now well below average wages growth of 2.3 percent. Australian consumers remain positive on the back of lower prices and a strong jobs market. Unemployment held steady at 5 percent in March, near decade lows, while the ANZ-Roy Morgan consumer confidence index rose to a four-month high in April, before dipping slightly in the final week.

This link from the Guardian provides a quick summary of the Coalition and Labor Parties' policies around tax, climate change, industrial relations, education, health, immigration, and foreign affairs. We have highlighted below a few items noted in this article.

Tax - One of the key dividing lines between the two main parties, with clear policy differences that affect low- and middle-income earners, housing investors and retirees

Industrial Relations - Most of the policy debate will be about union priorities such as the minimum wage, whether for or against, with less attention on the increasingly casualised workforce and the gig economy.

Education - Any prospect of a bipartisan, long-term approach to school funding has gone, with a return to competing for ad hoc agreements on public, Catholic and independent schools.

How much super is enough? 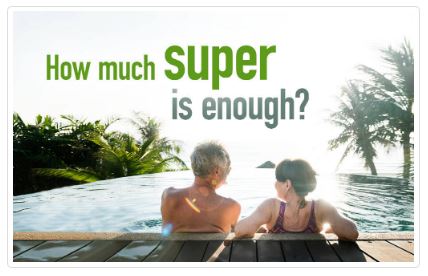 Most of us dream of the day we can stop working and start ticking off our bucket list. Whether you dream of cruising Alaska, watching the sun rise over Uluru, improving your golf handicap or spending time with the grandkids, superannuation is likely to be a major source of your retirement income.

The more money you squirrel away in super during your working years, the rosier your retirement options will be. The question is, how much is enough?

Financial commentators often suggest you will need around two thirds (67 percent) of your pre-retirement salary to enjoy a similar standard of living in retirement.i Lower income households may need more because they typically spend more of their income on necessities before and after retirement.

The latest ASFA Retirement Standard estimates that a couple retiring today needs a retirement super balance of $640,000 to provide a comfortable standard of living. This would provide an annual income of $60,977.ii

Singles need a lump sum of $545,000 to provide a comfortable income of $43,317 a year. These figures assume people own their home and include any entitlements to a full or part Age Pension.

How do I compare?

According to the latest figures, the mean super balance for all workers is $111,853 for men and $68,499 for women. The mean balance at retirement (age 60-64) shows most people retiring today fall well short of the amount needed for a ‘comfortable’ retirement. iii

The gap between men and women persists at all ages. By the time women reach their 60s they have 42 percent less super than men on average and are more likely than younger women to have no super at all.

How can I boost my super?

If your super is not tracking as well as you would like, there are ways to give it a kick along. When your budget allows, or you receive a windfall, consider putting a little extra in super. Even better, set up a direct debit or salary sacrifice arrangement.


To work out the difference extra contributions could make to your retirement nest egg, try out the MoneySmart retirement planner calculator.

As the end of the financial year approaches and with the federal election looming, this is a great time to utilise your annual contribution caps and get a tax deduction for voluntary concessional contributions. If you would like to talk about your retirement income strategy, give us a call.

Artificial Intelligence: the future of finance

We often like to think of artificial intelligence as some fantasy of the distant future, the stuff of sci-fi movies. But the reality is, it’s already here. 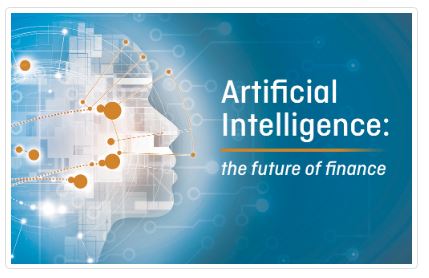 From flight comparison websites to predictive text, AI is everywhere, but what is it exactly?

AI is the development of computer systems that have the ability to perform tasks normally requiring human intelligence. These processes include learning, reasoning, and self-correction. The first AI algorithms were in fact written way back in the fifties, but it’s only been in the last twenty years, with huge advances in computer processing power, that we’ve really been able to see the tangible effects of AI in our lives and on our finances.

Big data, changing legislation and technological advances are feeding an AI revolution in the finance sector that is having wide-ranging repercussions for stock market trading and our personal finances.

Since the late 90s when electronic trading became widespread, the proliferation of AI has totally changed the functioning of the global economy. Most of this is done through algorithmic trading, which, though nothing new, has been enhanced by huge advances in computational power.

Advocates of this sort of trading talk about how it eradicates human error and removes emotion from investment decisions. While others argue that if algorithms aren’t thoroughly back-tested over a long enough period—or if the input data is somehow compromised—people’s assets are at risk. Many point to the inability of AI to predict the GFC as an example of this. The 2010 Flash Crash is another, wiping nearly $1 trillion USD from the market in seconds because of spoofing algorithms (which have since been banned), before rapidly rebounding.i

The truth is, as AI has developed so has its regulation, meaning hiccoughs experienced even ten years ago are less likely to occur today. And you need only look at changing rules around data sharing and instant transactions occurring globally, or the massive returns last year on quantitative hedge funds—which employ algorithms and machine learning to inform their investment decisions—to know that this sort of trading is here to stay.ii

AI has already had a big effect on how we manage our personal finances. The credit card industry, for example, has benefited from increased data security and reductions in fraud as a result.

Similarly, banks are now able to analyse the data of billions of transactions to predict the spending of consumers and market their products accordingly. This same technology allows individuals to automate their expenditure, with many banking apps now sorting purchases by type and alerting users when they’re reaching their limits.

AI is also changing processes around lending and borrowing. This is especially true in the developing world, where credit scores might not be available. Startups such as LenddoEFl in Singapore are tracking people’s behaviours on their smartphones to glean the likelihood of them meeting their repayments.iii The algorithm they’ve developed recognises behaviours indicative of financial responsibility and therefore can advise lenders, with a high degree of accuracy, on whether the loan should be approved. This technology will be interesting to watch as banks tighten lending standards and start to look not just at salary but also spending habits to determine if a loan is approved.

The robots aren’t coming… yet

In the world of AI, scholars often make the distinction between Artificial Intelligence, which is now commonplace in many industries, and Artificial General Intelligence (AGI), the sort that might mimic a human brain and create links between disparate ideas and deal in abstract notions.iv We are still a long way from achieving the latter. And it has been argued that there are some aspects of the human experience that can’t be replaced by a code, however clever it is.

When it comes to your financial life, technology can certainly provide us with useful tools. There is no substitute however for knowledgeable advice that takes into consideration your unique circumstances, goals and dreams. We can help you navigate this brave new world, while also assisting you in a way that no algorithm is yet capable of.