Growing concerns about a slowdown in global economic growth preoccupied financial markets in March. The US Federal Reserve now forecasts no rate rises in 2019 instead of the two it previously planned. US 10-year government bond yields fell below 3-month yields on the news. This ‘inverted’ yield curve is viewed by markets as an historical predictor of recession.

In Australia, economic growth slowed to 0.2 per cent in the December quarter, for an annual rate of 2.3 per cent. This was reflected in the more cautious mood of business and consumers. Both the weekly ANZ-Roy Morgan consumer confidence rating and the monthly Westpac-Melbourne Institute survey of consumer sentiment fell below their long-term average in March. While the NAB business confidence index fell to a 3-year low of 2.0 point in February.

On a positive note, unemployment fell to a 10-year low of 4.9 per cent in February. Australia’s trade surplus rose to a 2-year high of $4,549 million in January, with exports up 5 per cent and imports up 3.3 per cent. Our trade surplus with China reached a record high, due largely to a 33 per cent increase in iron ore prices over the past year to around US$86.50 a tonne. Corporate Australia is also doing well, with record profits up 10.5 per cent in the year to December. The Aussie dollar rose slightly to US71c.

What will the budget mean to you? 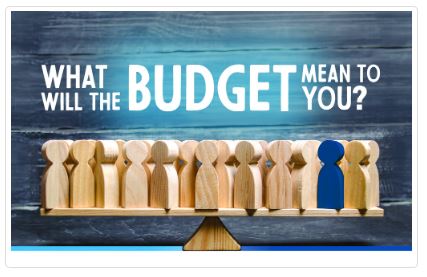 Working Australians have been promised bigger than expected tax cuts along with billions in increased spending on health and welfare for young and old. This was all made possible as Treasurer Josh Frydenberg delivered the good news that the Budget will soon be back in surplus for the first time since the GFC.

The only hitch is that Australians will have to wait until after the federal election, expected in May, to find out if these promises will stand.

The Government is promising to maintain or increase spending in most areas without resorting to tax increases. What’s more, it’s bringing forward planned income tax cuts and reducing the tax burden on small businesses.

The Government has reiterated its intention to further flatten tax rates, which would benefit those on higher incomes. However, this isn’t scheduled to happen until 2024-25.

A helping hand for small business

The popular instant asset write-off is increasing from $25,000 to $30,000. Plus, it can now be used for multiple assets instead of just one every financial year. What’s more, small to medium businesses with turnover up to $50 million are now eligible, up from $10 million previously as of April 2nd 2019.

A selection of super tweaks

With the peak baby-boomer retirement years looming, the Government has introduced some modest changes to make it easier for older Australians to put a bit extra into their – or their partner’s – super.

From July 2020, those aged 65 and 66 will be able to make concessional and non-concessional top-ups to their super without meeting the work test. This test had required individuals to have worked at least 40 hours over a 30-day period to be eligible to make top-ups.

The ‘bring forward’ arrangements, which currently allow those under the age of 65 to make three years’ worth of non-concessional contributions (capped at $100,000 a year), will be extended to those aged 65 and 66. Also, the age limit for making contributions to a spouse’s super has been raised from 69 to 74.

A combination of higher tax receipts, rising commodity prices, and restrained spending have given the Government money to spend on health and welfare for young and old.

Money is being directed to increasing the number of home care packages for the elderly by 10,000 and listing more medicines on the Pharmaceutical Benefit Scheme.

Four-year-olds will receive universal preschool access, while funding will be provided to teach their older sibling to “sensibly and safely use the web”.

Younger Australians will be able to apply for one of the 80,000 apprenticeships that will be created over the next five years. And almost half a billion is being spent to improve young Australians’ mental health.

The Treasurer announced the 2019 Budget was designed to encourage Australians to “have a go” and allow them to “get a fair go”. The coming weeks will reveal whether he has done enough to secure the support of voters for another term in Government.

It is important to note that the policies outlined in this publication are yet to be passed as legislation and therefore may be subject to change.

Franking credits on the chopping board 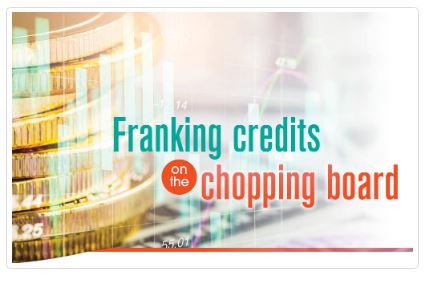 Even if you’re not directly affected it’s worth paying attention because it’s an $8 billion issue that affects us all.

What is being proposed?

The policy the opposition Labor Party is taking to the election proposes abolishing cash refunds of franking credits on share dividends ‘to make the tax system fairer’. It argues that closing this ‘tax loophole’ will soon save the budget $8 billion a year, which is more than we spend on public schools, childcare or the Australian Federal Police.

Pensioners and allowance recipients will be exempt, as will charities and not-for-profits including universities. Self-managed superannuation funds (SMSFs) with at least one pensioner or allowance recipient before 28 March 2018 are also exempt.

If Labor wins the election the policy will take effect from 1 July 2019.

How did we get here?

Dividend imputation was introduced by the Hawke/Keating Government in July 1987 to end the double taxation of company profits. Before then, companies paid tax on their earnings and shareholders were taxed on the dividends paid out of profits at their marginal rate.

Under dividend imputation, companies pass on a tax credit to shareholders for tax already paid at the company level. Shareholders can then use these imputation credits or franking credits to offset tax liabilities on other income, including salary.

The system was made more generous in July 2000 when the Howard/Costello Government allowed excess franking credits to be paid as a cash refund. This meant that people who pay no tax can claim a full refund from the ATO.

The Labor Party proposal effectively restores the original tax treatment of dividends prior to July 2000.

How does it work?

Say an Australian company makes pre-tax earnings of $1 a share. It pays tax at the company rate of 30 per cent, or 30c a share, and returns the remaining 70c to shareholders as a fully franked dividend.

If you are on the top marginal rate of 47 per cent (including Medicare levy), then tax is 45c but after the 30c tax credit, you pay tax of just 17c.

If your marginal tax rate is zero, as is the case for all but the wealthiest retirees, you receive a 30c cash refund from the Australian Taxation Office even though you pay no tax.

Under Labor’s proposal, there will be no refund for shareholders who can’t use the full 30c credit unless you are a pensioner or allowance recipient.

Who is most affected?

Labor argues that 80 per cent of the benefits of the current system of franking credit cash refunds go to the wealthiest 20 per cent of retirees and that 92 per cent of taxpayers won’t be affected by the change.

However, critics say the proposed changes unfairly target retirees with their own self-managed super funds. Labor does single out SMSFs on its campaign website arguing that the top one per cent of SMSFs received an average cash refund of more than $80,000 in 2014/15.

Self-funded retirees argue that the policy is unfair for people who saved and planned their retirement income around one set of rules, only to have the rules changed when it’s too late to rearrange their affairs.

But whoever wins the election, share dividends will remain an important source of income for retirees. The dividend yield on Australian shares is currently around 4.4 per cent (5.7 per cent with franking credits), compared with interest of around 2 per cent on term deposits. Shares also have the potential for capital growth over the long run, while term deposits do not.

If you would like to discuss your retirement income strategy, give us a call.

20/Twenty Challenge: Thank you for supporting our Team!

Our team, The Need for Speed, has raised $11,929 this year! Thank you so much for your support! Although our team took on a huge challenge by completing this event on Sunday the 7th of April, it’s nothing compared to the challenge kids with cerebral palsy face on a daily basis.

Due to the event sponsorship of UBS every single dollar you have donated goes directly towards purchasing life-changing equipment for children with cerebral palsy. This specialised equipment often costs thousands of dollars, and without the generosity of people like you, many children would simply go without. 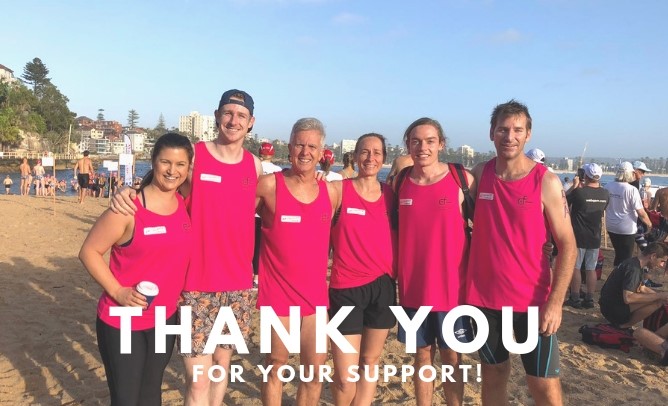 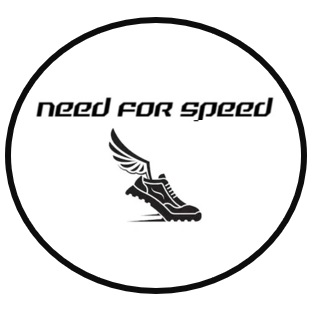